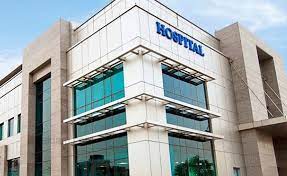 Parkinson’s disease is a progressive condition, and therefore, it won’t affect your daily life right away. Instead, your daily routine will need to evolve to accommodate increasing difficulty with basic chores. There’s no reason to be concerned. Many people live active lives for years after being diagnosed with Parkinson’s disease, and if you let your behavior adjust, you’ll likely be able to live freely for much longer than you think.

The disease is a nervous system disorder that causes you to lose control of your movements. The illness typically begins slowly and progresses over time. You may tremble, have muscular stiffness, and have difficulty walking and keeping your balance and coordination if you have Parkinson’s disease. As the condition progresses, you may suffer problems in speaking, sleeping, thinking and memory, behavioral changes, and other symptoms. Like Columbia Asia hospital Palam vihar Gurgaon, several prominent hospitals provide enhanced treatment options for Parkinson’s disease and movement problems.

Ways to help disease Diagnosis – Early symptoms of Parkinson’s disease might be confused with those of other illnesses, and there are no particular blood or laboratory tests to identify the disease. CT (computed tomography) or MRI (magnetic resonance imaging) scans might be performed to rule out other conditions that cause similar symptoms.

You will be questioned about your medical history and family history of neurologic diseases, as well as your present symptoms, medicines, and probable exposure to toxins to diagnose Parkinson’s disease. Your doctor will observe you walk, assess your posture and coordination, and look for the slowness of movement to see whether you have tremors or muscular rigidity.

If you suspect you have Parkinson’s disease, you should consult a neurologist, ideally one who specializes in movement disorders. You can consult a doctor associated with Columbia Asia hospital Palam vihar Gurgaon through Credihealth if you or your loved one is diagnosed with Parkinson’s Disease. Treatment decisions taken early in the disease can have an impact on the treatment’s long-term effectiveness.

Levodopa, often known as L-dopa, is the most common Parkinson’s treatment. Nerve cells utilize levodopa to restore the brain’s decreasing supply of dopamine. Levodopa is usually used with another drug called carbidopa. Carbidopa reduces the quantity of levodopa needed to alleviate symptoms and avoids or minimizes some of the adverse effects of levodopa medication, such as nausea, vomiting, low blood pressure, and restlessness. Columbia Asia hospital Gurgaon’s Neurosciences Centre of Excellence provides patients with comprehensive, compassionate, and prompt care.

Parkinson’s patients should never discontinue taking levodopa without first seeing their physician. Stopping the Medication might have significant consequences, such as being unable to move or having trouble breathing.

Other medications used to treat the symptoms of Parkinson’s disease include:

Deep brain stimulation, or DBS, may be helpful for patients with Parkinson’s disease who do not react well to medicines. DBS is a medical technique in which electrodes are surgically implanted in a brain region and are connected to a tiny electrical device implanted in the chest. Many of the movement-related symptoms of Parkinson’s disease, such as tremors, slowness of movement, and stiffness, can be alleviated by using the device and electrodes.

Other treatments or therapies for Parkinson’s disease may be used to alleviate the symptoms of the condition. Physical, occupational, and speech therapy are a few other treatments that can assist with gait and voice problems, tremors and stiffness, and mental function loss. Some doctors also advise having a balanced diet and exercises that will help strengthen the patient’s muscles and enhance balance. Columbia Asia hospital Palam vihar Gurgaon is equipped to treat movement disorders such as Parkinson’s disease, essential tremor, dystonia, ataxia, and spasticity. You can find a list of doctors associated with Columbia Asia hospital Gurgaon on Credihealth and the best doctor depending on your choices.

A patient with any neurological issue or disorder might use Credihealth to make an appointment with a suitable heart doctor in Gurgaon or anywhere in India by searching for Columbia Asia hospital Gurgaon doctor list. Credihealth also allows you to conduct video and teleconsultations with any doctor of your choosing.

Credihealth also provides information on a hospital’s facilities and services, such as the availability of ambulances, blood banks, pharmacies, and physicians and pricing, treatment costs, and reviews and ratings. To obtain medical assistance with any therapy, please submit a call-back request to Credihealth’s in-house specialist at 8010-994-994.